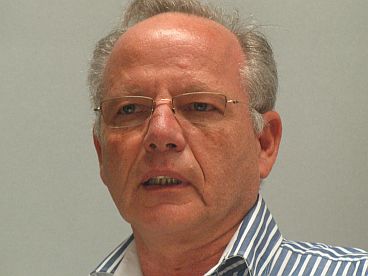 On Sunday, Ehud Olmert will be taking a 39-year-old conception with him to Washington. In June 1967, at the end of the Six-Day War, in Resolution 242, which called for withdrawal from territories occupied in the recent war, the UN Security Council defined this conception through a vague term – “secure and recognized boundaries.”

This is the conception Olmert brings with him to Washington. He is asking the nations of the world to agree, if only silently, to the route of his convergence plan, as “defensible borders.”It is doubtful whether his wishes will be realized. There is no Arab partner, nor will there be, to a route that cuts off the Al-Aqsa Mosque from the Palestinian territories. Therefore, there is no chance of the UN, or even the U.S., signing off on the map of the separation fence. Olmert will have to be satisfied if they do not object to the creeping extension of the fence to a route that lies outside the municipal boundaries of Jerusalem.

“They will get used to it,” is what Prime Minister Yitzhak Shamir used to say when people warned him of the world’s response to the construction of settlement after settlement.

Olmert thinks that the evacuation of a few dozen settlements to the east of the fence will “launder,” in international terms, the settlements to the west of the fence, and their offshoots. The government of Israel has officially announced that the fence is a “temporary means of security and does not reflect any political or other border.” However, the territory known as E-1 is supposed to be included in the convergence plan, and is to be linked to the heart of Jerusalem by means of a wide highway. When that happens, who is going to care if the fence that divides it from the Palestinian territories is called a “political border”?

What is needed most of all is patience. When no one is looking, creep a bit further into West Bank territory and finish work on the fence. But this is a process that leaves security breaches as wide as the ocean. This Tuesday, looking out from Mt. Scopus, it was possible to see one of these breaches.

A hole in the fence
In June 2002, after a series of terrorist attacks and public pressure, the government authorized the separation fence in northern and southern Jerusalem. The eastern route awaited approval until October 2003, but said approval left four unfenced kilometers – who knows how many terrorist attacks passed through this zone? – between the Shuafat refugee camp in northern Jerusalem and Azzariyeh, in the south. The thought was that if and when the day came, it would be possible to bring greater Ma’aleh Adumim, including the settlements of Nofei Prat, Alon, Keidar, Mishor Adumim, Kfar Adumim and the territory known as E-1 (about which there is detailed planning for 3,500 housing units, several hotels, a cemetery and an expansive service zone) inside the fence.

The E-1 plan essentially cuts off the northern West Bank from its southern half, and both of them from East Jerusalem. All of which means there is no chance of getting approval from the U.S. administration for such a plan.

In February of this year, it was reported that it had been decided to seal the breach with a temporary fence, but there is no indication of this out in the field.

The “they will get used to it” approach also applies to the Ariel enclave, but not so much for residents of central Israel. Due to American opposition to construction of the separation fence deep in West Bank territory, over a year ago a plan was developed to build a temporary fence in the region. Only recently, it was decided to plan the section of the fence between Beit Aryeh and the Green Line. The breach in the fence between Beit Aryeh and the Shilo stream, which is four kilometers long, will be closed next year – at best. Similarly, the six-kilometer-long breach in northwest Jerusalem will remain open until at least early 2007. Nearly two years have passed since the High Court of Justice recommended that the state adopt the route proposed by the Council for Peace and Security, which placed the town of Beit Iksa outside the fence. Only last February, Olmert ordered implementation of a cabinet decision from last February to accept the recommendation.

In addition, in the case of the settlement Alfei Menashe, which borders the northern Sharon region, the Council for Peace and Security declared in a High Court of Justice hearing that the security fence indirectly harms the residents’ security. Shaul Arieli, a member of the Council’s executive, has been dubbed a “friend of the court” in the wake of previous petitions to the High Court of Justice against the fence route. Arieli, who fully supports a permanent settlement with the Palestinians, is also an enthusiastic advocate of the fence. But there are many reservations about the route and the way it is being executed. For him, the sole consideration should be security.

In the matter of Alfei Menashe, security officials agree that the fence route not only fails to contribute to the security of Israelis, but even increases the threat to them. In the wake of a High Court of Justice directive in September 2005, an understanding was formulated between these officials, in which, simultaneously with the construction of the fence, the section of Road 55 that links Alfei Menashe with the Green Line should be canceled. At a hearing in the court, Colonel (res.) Danny Tirza, who is responsible for planning the route of the fence, admitted that the location of this road was “problematic, in terms of security” and even noted that Israelis who traveled on the road had been fired upon from the direction of Qalqilyah. The High Court recommended paving an alternate road that would bypass Qalqilyah and Habala, along a route that would pass alongside the settlement of Matan, which is inside the Green Line.

Attorney Baruch Heikin, the legal counsel of Alfei Menashe, says that the local council learned a few weeks ago of an intention to move the route and pave the road right alongside the fence of Alfei Menashe. He claims that the new plan exposes travelers from the northern West Bank to Israel to Palestinian gunfire. Two weeks ago, he wrote to the prime minister, explaining that the proposal was contrary to planning and security logic, and that it was seemingly influenced by external considerations. “Between the lines,” he reports, “the council found out that a very high-ranking official living in the settlement of Matan evidently influenced the change in approach of the professional factors.” Heikin’s requests to disclose the security considerations that guided the planners were turned down with formalistic justifications.

Exposed in the breach
The biggest breach of all – eight kilometers long – is located in the Gush Etzion area. The original route created a stranglehold around five Palestinian villages (Batir, Husan, Wadi Fuqin, Walaja and Nahalin), which have a combined population of 20,000. It was not until February 2005, after the High Court of Justice sent it back to the drawing board, that the government approved a new route, which left a colossal opening that would enable Gush Etzion to annex lands of these villages in the future, and create a continuum of Jewish settlement that would link up with Gilo, the large neighborhood in southern Jerusalem.
And what does this have to do with security? For months on end, the IDF has been protecting the district capital of Betar Illit (? 30,000Haredi residents?), from infiltrators with the help of “means of surveillance.” If these “means of surveillance” are sufficient, who needs a fence? In this section alone, it would be possible to save more than NIS 80 million.

The mayor of Betar Illit, Rabbi Yitzhak Pindros, says that most residents came here because they could not afford to buy an apartment in Jerusalem. They were told that essentially it is a neighborhood of the capital, and that Rabbi Eliezer Schach had given his blessing to the settlement after hearing from Yitzhak Rabin that there was no disagreement on the future of the town. And now, because the government is stubbornly keeping the territory in its possession and leaving the Arabs outside, the IDF is left with no choice but to place a checkpoint on the main road that links Betar Illit to Jerusalem. During the rush hour, dozens of drivers and passengers wait for a long time in traffic by the roadblock, exposed in hostile territory. In a petition he is about to submit to the High Court of Justice, with the backing of experts from the Council for Peace and Security, Pindros will ask if the blood of Jerusalemites is thicker than that of the residents of Betar Illit.

If it were up to him, he would annex the 20,000 Palestinians to Israel. He gets along just fine with the neighbors. Several of his finest workers are Arabs. He does not understand the difference, in terms of security risk, between an Arab resident of Batir and an Arab resident of Wadi Joz, in East Jerusalem.

Pindros has touched on a serious security problem − the artificial separation that is made between the 200,000 Jerusalem Arabs living inside the fence and their 50,000 brethren who have been left outside of it. For both, Jerusalem is the center of their lives. According to data of the defense establishment, the number of daily passages by East Jerusalemites through the fence is 200,000 (Terminal 3 at Ben-Gurion Airport can handle a maximum of 40,000 travelers during peak season). Eleven transfer points have been planned for them in the fence. At present, only two are operable. The hatred for Israel that encourages the suicide terrorists crosses over the arbitrary route of the security fence in the “united city.” From time to time, Shin Bet agents expose terrorist cells in the Jerusalem area. They do not always succeed.