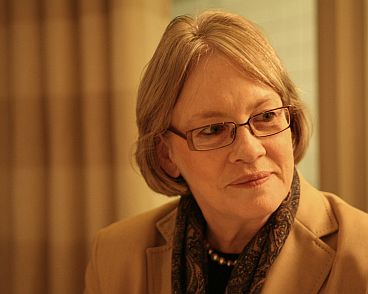 The horrors of the Second World War gave impetus to a quest for universal peace, justice and human dignity, with the United Nations at the fore. It is a disturbing commentary on our quest that as we commemorate the sixtieth anniversary of the Universal Declaration of Human Rights, Palestinians mark six decades of what they refer to as the Nakba, or catastrophe, with many languishing in conditions of exile, exclusion and isolation. This is a testament to our collective failure to give meaning to human dignity for Palestinians and to achieve a lasting, just peace in the Middle East. We who serve Palestine refugees believe that there is time to make amends. 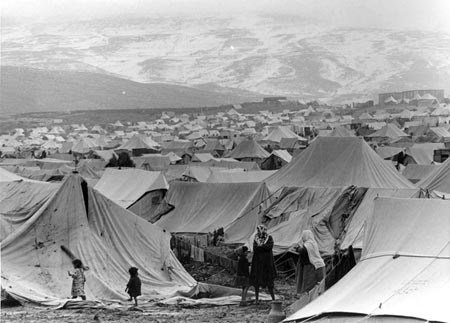 Exile: for sixty years, Palestine refugees have been in exile from their ancestral lands. Nowhere is this more starkly visible than in the West Bank, where the illegal barrier, hundreds of checkpoints and physical obstructions daily reinforce the exile. And in Gaza, the policies of closure and indiscriminate punishment devastate lives, causing mass despair, threatening to destroy hopes for peace.

Exclusion: Palestine refugees also face exclusion from the justice afforded by international law, the aim of which is to offer the protection, security and dignity taken for granted in a world where respect for human rights and the rule of law have become guiding principles of global governance. Embodied in the canons of international law are clear prohibitions against systematic attacks against civilian populations, against deliberately depriving civilians of food, against the intentional destruction of civilian infrastructure and against the transfer of an occupying power’s population onto the land it occupies. The violations of these and other provisions serve to underscore among Palestinians a sense of exclusion from the protection of the international system.

Isolation: Palestine refugees face isolation from the international community’s search for peace in the Middle East – a peace which will be durable only if it is just and inclusive. It must be recognized that Palestine refugees are a significant constituency with a vested interest in the outcomes of a negotiated settlement. Their participation can only enhance the legitimacy of the outcome and ensure its acceptance.

In the face of Palestinian exile, exclusion and isolation what might be prescribed?

End the blockade of Gaza and lift the closure regime in the West Bank. Do so in a way that respects the right of Israelis to live in peace and security. Allow economic opportunities to produce moderation and generate a belief among Palestinians that peaceful coexistence with Israelis is possible while ensuring their dignity and well-being.

Ensure respect for international law and human rights. Cultivate a culture of justice as the foundation from which a stable peace might flourish. Enforce accountability so that those who act outside international norms, be they extremists firing rockets or combatants using disproportionate force, are brought to justice and their victims given due redress.

Foster a climate of inclusion in the international community’s engagement with Palestinian issues. Past experience demonstrates that a prerequisite for the success of any peace process is a sense of ownership among those whose lives and future are at stake.

Finally, let Palestine refugees be heard. Grant them the dignity of acknowledgement. The demographic weight of Palestine refugees globally, the unprecedented duration of their dispossession and the imperative to offer the ultimate protection of a just and durable solution are three compelling reasons why refugees must be given a say in determining the future of Palestine.

On World Refugee Day, I call on all concerned actors to consider these prescriptions in an effort to banish the anguish affecting the lives of millions of Palestine refugees. There is yet time and opportunity to restore their faith in the future.