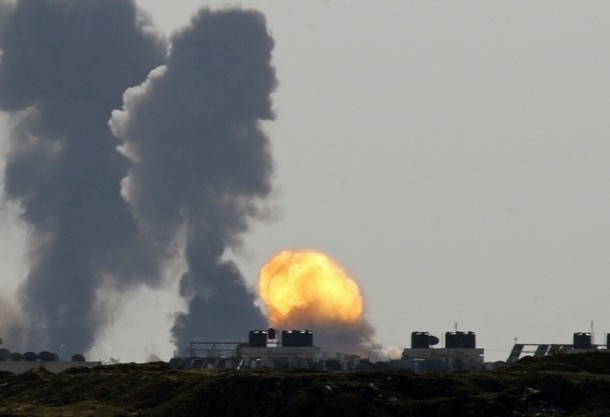 ISRAEL: END THE ATTACKS ON GAZA IMMEDIATELY!
ENTER INTO GENUINE NEGOTIATIONS TO END THE OCCUPATION NOW!

A Press Release from The Israeli Committee Against House Demolitions (ICAHD)
December 27, 2008

Let’s be crystal clear. Israel’s massive attacks on Gaza today have one overarching goal: conflict management. How to end rocket attacks on Israel from a besieged and starving Gaza without ending the impetus for those attacks, 41 years of increasingly oppressive Israeli Occupation without a hint that a sovereign and viable Palestinian state will ever emerge.

Indeed, the Occupation, in which Israel controls Gaza under a violent siege which violates fundamental human rights and international law, is not even mentioned in Israel’s PR campaign. Speaking to the international community, Foreign Minister Tzipi Livni insists that no country would tolerate its citizens being attacked, a seemingly reasonable statement were it not for Israeli sanctions on Gaza supported by the US and Europe – sanctions that preceded the rocket fire on Israel – or the fact of Israeli occupation in general. Solely focusing on the rocket attacks conceals the political policy that led to them: “The Hamas government in Gaza must be toppled,” Livni has said repeatedly. “The means to do this must be military, economic and diplomatic.”

The responsibility for the suffering both in Israel and Gaza rests squarely with successive Israeli governments, Labor, Likud and Kadima alike. Had there been a genuine political process (remember, the closure of Gaza began in 1989), Israelis and Palestinians could have been living together in peace and prosperity already for 20 years. After all, already in 1988 the PLO accepted the two-state solution in which a Palestinian state would arise on only 22% of historic Palestine, alongside the state of Israel on the other 78%. A truly generous offer.

In Israel, however, the effort is to hide its preference for control over peace. Framing its attacks as a response to rockets from Gaza, exploiting an immediate trigger to effectively conceal deeper political intentions and policies, does that. It also conceals Israeli violations of the cease-fire. The fact that the rocket attacks could have been avoided altogether through a genuine political process means that the people of southern Israel are being held hostage by their Israeli government as well. Their suffering, and the suffering of the people of Gaza and the rest of the Occupied Territories, must be placed squarely at the feet of the Israeli government.

Israel cannot expect security for its people and political normalcy as long as it occupies Palestinian lands and continues its attempt to impose its permanent rule over the Palestinians by military force. We call on the Israeli government to end its aggression immediately and enter into genuine political negotiations with a united Palestinian leadership. We call on the international community to end its sanctions on Gaza immediately in accordance with international law, initiate an effective political process to end the Israeli Occupation and bring about a just peace – which reflects the will of the Israeli and Palestinian peoples.