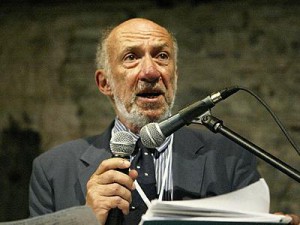 ” Since that shocking incident of a year ago the Arab Spring is transforming the regional atmosphere, but it has not ended the blockade of Gaza, or the suffering inflicted on the Gazan population over the four-year period of coerced confinement. Such imprisonment of an occupied people has been punctuated by periodic violence, including the sustained all out Israeli attack for three weeks at the end of 2008 during which even women, children, and the disabled were not allowed to leave the deadly killing fields of Gaza.

It is an extraordinary narrative of Israeli cruelty and deafening international silence, a silence broken only by the brave civil society initiatives in recent years that brought both invaluable symbolic relief in the form of empathy and human solidarity, as well as token amounts of substantive assistance in the form of much needed food and medicine.”